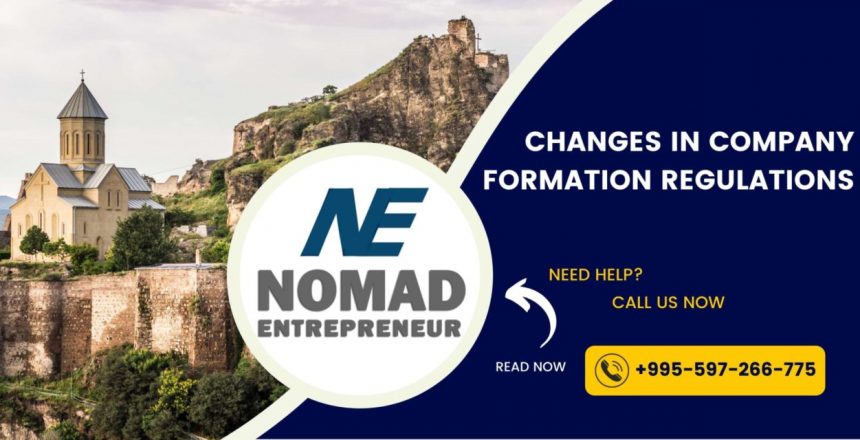 Creating a well-functioning market economy and encouraging fundamental foundations is the existence of effective corporate relations. At the beginning of 2022, numerous amendments were adopted to the Law of Georgia on Entrepreneurs, which was aimed to improve business and bring the market closer to European regulations. However, some of them made business/company registration harder than it was before.

Company formation in Georgia has been a target for many entrepreneurs and investors. Georgia is known for its fast and easy formation process. However, some changes have happened several times.

Firstly, changes in 2008 put entrepreneurs in a trouble, because regulations were not fully clear and understandable. The norms were general in nature and do not regulated a whole range of an important issues. The underlying cause of long and costly court disputes were often precisely that weak statutes and insufficient regulations provided by the law. To eliminate this, in early 2022, Parliament passed a new law on Entrepreneurs.

As result of the adoption of the new regulations, the role and purpose of law in relationships got strengthened. By the proposed norms, on the one hand, the principle of statutory autonomy got stronger and, on the other hand, now it acts as a regulator with such autonomy in the process of use. At the same time, the quality of protection of the rights and corporate transparency is increased.

To form a business in Georgia it is necessary to register (establish) company in Business Registry of Georgia (Register of Entrepreneurs and Non-Entrepreneurial Legal Entities). Before new regulations, only three main requirements for registration were needed: 1) Company Charter – draft was in Georgian and English languages; it only needed to fill out; 2) Notarized copy of a passport; 3) legal address;

After new regulations, the process become harder. Let’s consider all of it!

Contents hide
1 Company Registration in Georgia and necessary documentation to submit
2 Additional Changes to the process of business registration in Georgia:
2.1 Entrepreneur brand name
2.2 Business letter and website
2.3 Rules for submitting a notification to the registering authority
2.4 Service contract (Not employment) For Directors
2.5 Dividend distribution

Company Registration in Georgia and necessary documentation to submit

Based on the current Law on Entrepreneurs, new document is required for registration of an entrepreneurial company. This document is called “founding agreement.” Founding agreement includes identification information and provisions of law. In this regard, Partner’s General Agreement is based on the following approach: the statute should be a kind of constitution of an entrepreneurial society, the need for change of which is seldom must stand. In this document following information needs to be indicated and is a must: Business Entity Legal form, Business Entity Official Name, Legal Address, Number of shares placed, Partners and shareholders’ participation in equity, Member/members of the governing body, The scope of representative authority of the members of the governing body, The person responsible for the management and representation of the entity’s authorized user’s e-mail address and his/her mobile phone number and e-mail address of the mobile operator operating in Georgia in his/her possession/use, E-mail address of the person responsible for the management and e-mail of the subject’s authorized user’s e-mail address, Georgian Phone Number.

Another mandatory document for establishing business is Company Charter. Before changes, while requesting company registration in House of Justice (Business Registry), the draft was available in both Georgian and English, it was easy to fill out with information and requirements. According to the law, by the order N791 of the Minister of Justice of Georgia of November 29, 2021, the standard charters (non-individualized text) of entrepreneurial societies were approved, which can be used according to the desire of the enterprise. There is standard charter draft, for different forms of societies approved by the Minister of Justice, which can be found on the official web page ; However, all of them are in Georgian and if someone who does not know our language will need help of professional to  understand the rules and information in it.

Likewise, it is not only concern. Based on the new regulations, charter is main document regulating the ruling process of the company. It establishes content of the charter for entrepreneurial community as part of the founding agreement and it includes data: legal form of company, subject of activity, shares, restrictions on property rights, ruling regulations, scope of the partners’ decision, the right to appoint/dismiss the director, the rights of the director, the scope of the director’s decisions, liquidation and etc. Without fully understanding how to rule, control and manage a company, creating charter is laborious.

Before the new changes and now there is an additional indispensability to present the passport of the founders (partners) and its notarized translation (if the passport is not in English or Russian).

A standard additional necessity is a signature, which must be signed in front of the consultant (Employee of House of Justice) at the time of company registration in order to confirm the signature as well.

The Business Registration Service of the National Agency of Public Registry of House of Justice is responsible for the formal verification of the submitted documents. Agency only carries out formal creation and in case of any problem, process is suspended, the party will be given an additional deadline to rectify the issue. It is must to know that the submitting person is responsible for the material accuracy of the information.

The 2022 changes also affected the post-registration stages of the company. In accordance with the legislation, a unified electronic portal has been created, on which registration is mandatory and companies will use it in their future working processes. On the portal following should be posted:

After completing all abovementioned procedures, company needs to have revenue service account, to pay taxes and operate legally on business market. This part has not changed and remains the mandatory part of business functioning.

Additional Changes to the process of business registration in Georgia:

The regulation related to the brand name of the enterprise (the name under which the entrepreneur carries out its activities) has also undergone changes.

As before, it is permissible to use the fruit of any fantasy in the name. However, the imperative requirement of the new law is important – what can not be used as a company name. Here are the main prohibitions established by law, and while choosing the name of the company, partner/partners should take into account that the name  must not include:

A) A word or an order of words which includes approval and/or encouragement of overthrowing or forcibly changing the constitutional system of Georgia, or infringing the independence and territorial integrity of the country, or which provokes national, provincial, religious, or social strife in the country, or approves and/or propagandises war, terrorism, violence and/or violation of the legislation of Georgia;

B) A word or an order of words, which provokes strife on the grounds of race, skin colour, language, gender, religion, political or other affiliation, national, ethnic or social affiliation, origin, property or titular status, profession, place of residence or place of birth, marital status, sexual orientation, gender identity, health status, disability, or on any other grounds, or contravenes public order or universally recognised moral standards;

C) An addition that may mislead any third party and/or cause any mistake and/or misunderstanding concerning the legal form, the scale or nature of activities of an entrepreneur, and/or the relations among the partners;

E) Any formulation that is identical or similar to the name of another legal person registered in Georgia, without the consent of the latter;

F) Any formulation that is identical or so similar to the brand name of a well-known person in Georgia, such that it may cause confusion, without the consent of such person;

G) A word or an order of words specifying the position of an official determined by Article 2(1) of the Law of Georgia on Conflict of Interest and Corruption in Public Service;

H) A word or an order of words identical or similar to a term designating a military rank, a special state rank and/or a diplomatic rank determined by the legislation of Georgia;

I) An unquotable or offensive word or order of words;

J) The name of a natural person without his/her written consent;

K) The name of a natural person within not later than 30 years after his/her death without the written consent of his/her heir to use the name of such person.

Legislative news also includes a record of the business letter and the website. According to the new regulations, all business letters of a limited partnership, a limited liability company, a joint stock company must contain at least the following data: brand name; legal address; identification number. These provisions apply to both business and electronic business letters.

Rules for submitting a notification to the registering authority

Service contract (Not employment) For Directors

A novelty is also an employment contract. Once a decision has been made on the appointment of a Director – service contract is concluded in parallel between the LLC/JSC/Cooperative and the Director. The provisions of labor law do not only apply to such a contract. The law does not specify the voluntary nature of the service contract, which indicates that all LLCs and JSCs must have such an employment contract to be concluded. However, the law does not provide for a sanction for its non-execution.

The legislature has imposed a new restriction on the distribution of dividends: the distribution of dividends to partners is inadmissible if there is a high probability that as a result the LLC will not be able to fulfill its overdue obligations within the normal and/or planned activities within the next calendar year. It is also not allowed to distribute the dividend to the partners, as a result of which the assets of the LLC can no longer cover the liabilities and the amount of capital invested.

The new law regulated many issues that had hitherto been vague and sometimes offered an overly broad framework of means of interpretation. It is true that some of the news is still unclear how it will be implemented in practice, however, we hope to see positive dynamics in the near future. Overall, we believe that many of the ambiguities in the previous law have been eliminated and such formalization of corporate relations will have a positive impact on businesses and consumers.

Would you like to read more about businesses to start in Tbilisi Georgia?

read this: How to start a business in Georgia [Full Guide] 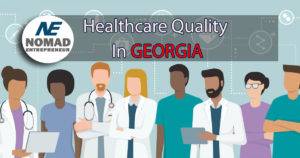 Healthcare In Georgia The country [IS IT GOOD?] 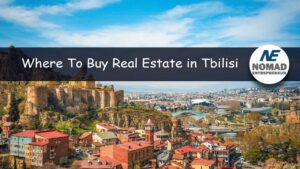 Where To Invest In Real Estate In Tbilisi, Georgia